Q is for Quirky 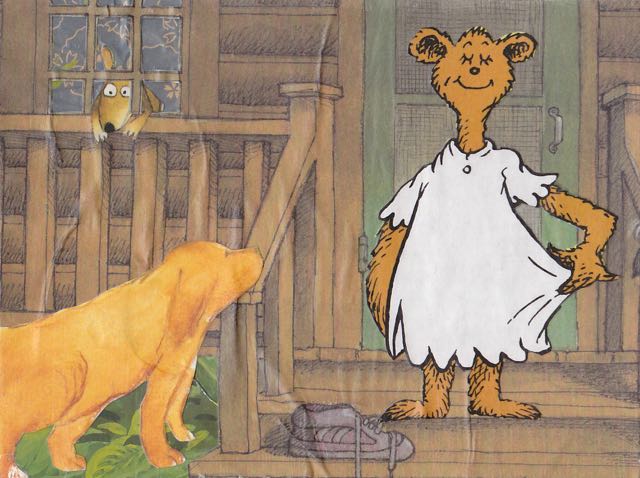 I often don’t know how to describe my collages, so I use the word quirky. How else could explain this odd conglomeration using a couple of dogs and a Dr. Seuss character?

A quirk is a sudden twist. I was surprised to read that in the dictionary, because I think of quirks as “unique-nesses” — those things that make you you.

We currently have a cat that loves belly rubs. I consider that a quirk.

The first day, I didn’t think much of it. She’ll be back, I told myself.

But when I went for a walk, I scanned the ditches on either side of the road, just in case she had darted out in front of a car and met her demise.

The second day, I started mentally running through the list of predators in the vicinity. I hear coyotes howl at night. Do they like cats? My brother told me that large owls prey on cats. I hadn’t seen any large owls, but he said there were some in the area. Our neighbor once told us that foxes prey on cats. I know foxes live around here. I was pretty sure that the bald eagles prefer fish from the river, so I ruled them out — hoping I was right about that.

I walked the road again looking for our little black cat, calling her, looking in the fields for her — but the only black I saw were crows.

The third day came and I was worried. I asked my brother, didn’t we used to have cats that would disappear for a week at a time?

“Ishibon would go off two to three weeks,” he said.

Ishibon had been our first cat. I remembered Ishibon going off and coming back. I felt better.

But by the fourth day, I felt like I needed to brace Mary for the inevitable.

“If Piper doesn’t come back,” I told her, “we’ll need to get another cat to keep the mice at bay.”

Piper, with all her little quirks, was our cat.

It was Good Friday, and I found myself thinking about Jesus’ disciples watching Jesus die on the cross. They had so hoped that He was the Messiah.

“There, there,” the Pharisees undoubtedly said. “We’ll get another Messiah.”

And one of the Marys would have replied, “I don’t want another Messiah. I want Jesus.”

Because for all His quirks — picking grain on the Sabbath and speaking with a Samaritan woman, all those times He behaved in unexpected ways, and then, at the end, to die like that — He WAS the Messiah.

The people simply couldn’t see it at the time.

If He had behaved like everybody else, He wouldn’t have been God.

I know I’m not saying it well, but the quirks made the Messiah.

And our quirky little cat returned on Saturday, an early Easter gift for us.

I think she wanted a belly rub.

← P is for Parachute
R is for Running →

6 Comments on “Q is for Quirky”