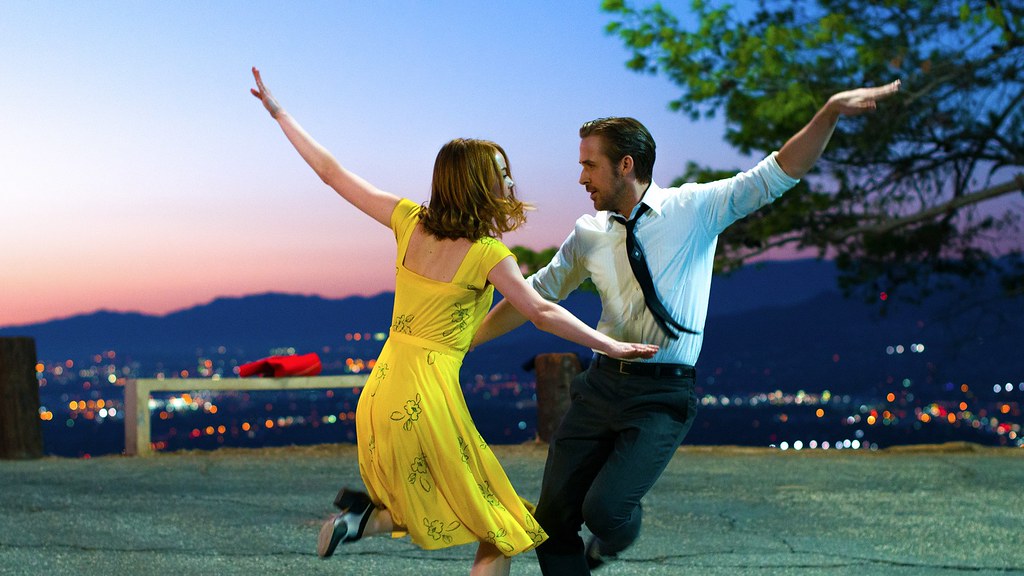 On the way home from La La Land Mary asked me which song was my favorite. I didn’t have to think about it — “The Audition Song.”

“You’re a storyteller. Tell us a story,” the people behind the desk told Mia.  She stood for a moment, collected her thoughts, and then told a story about her aunt jumping into the Seine River.

In her audition she sang,

I should have been forewarned by the lyrics that broken hearts were ahead.

I left La La Land feeling dissatisfied with the story.

Later, largely due to discussion about the movie over at the Rabbit Room, I realized that my problem was that I had been Hallmark-ized. The only ending I could consider happy was the one where the right guy and the right girl end up together.

Had that been its ending, La La Land would have fallen into the same category as so many of the movies I choose to watch. A feel-good moment soon forgotten. Hallmark movies that are simply background noise because I don’t need to pay attention to know what is going to happen. La La Land would have been, in so many ways, the same-old-same-old — good music, nice story, satisfying ending.

Like my father’s nightly bowl of vanilla ice cream.

A sweet way to end the day.

The truth is the stories I love most leave me unsettled.

Fiddler on the Roof, Hunchback of Notre Dame, The Big Sky, A River Runs Through It, A Tale of Two Cities.

None have syrupy happy endings.

They all leave me with something to ponder. They take a long time to absorb.

I fear that I have gotten used to a jiggly jello diet — stuff that slides down easily and digests easily. I don’t know how to handle more substantial foodstuff.

On the way home from La La Land, Mary and I also talked about upcoming movies and what we’d like to see next. The ripples from the pebbles of La La Land may need to subside before I’m ready for another.

← Sahara
Behind the Camera →