The other night I watched part of a Red Sox game against the Seattle Mariners with my father before I went to bed. In the morning I looked up the final score. The headline read: Sox can’t solve Leake as Rodriguez struggles

Leake was the pitcher for Seattle, and he has more pitches than numbers on a Bingo card.

“What do you think he’s going to throw this time?” one commentator would ask the other.

“I don’t know,” the other replied.

Apparently the Red Sox didn’t know either. Pitcher vs. Batter is such a mind game.

Meh — baseball is a long season. I wasn’t too dejected.

I’ve been  planning swim camp for a while. I set up two meetings last week to discuss the nuts-and-bolts of swim camp with the staff that I would have. We planned activities and scheduled who would be where when. This is the 4th year that I’ve run the swim camp. I wasn’t cocky, but felt like I had a pretty good handle on it.

Plus I knew that a curveball or two would be thrown at me.

It goes with the territory.

Yesterday (Sunday) Bud and my children were covering little signs I had made with clear contact paper so they would withstand a week in the pool.

Last Wednesday I had 22 kids registered so I planned for 28. You never know.

This  morning I got up early to cut up our watermelon snack. 30 wedges should be plenty. I put it in a big bowl and brought it to the pool along with tape for my signs, sandals for my feet, and my whistle for silencing the small masses.

Curveball #1 — It turns out that I’m not allowed to tape anything on the walls. No worries, I thought. The signs were cheesy anyway.

Curveball #2 — Between last Wednesday and Monday (today), the camp had grown from 22 to 31. I didn’t have enough supplies for some of the activities. No worries, I thought. I have several sets of siblings and siblings can share.

Curveball-slider-fastball-knuckleball-all-rolled-into-one — Two of the three pools were not available to me. AND the pool that was available was also being shared with adult lap swimmers and another camp. Maybe I could have three lanes.

I may have started hyperventilating.

Changeup pitch — Over one-third of the swimmers who signed up for my SWIM camp could not swim. One of the pools we couldn’t use was the shallow teaching pool. Now I had safety concerns.

We were told that we should have asked. Asked to use the pool for swim camp? A swim camp scheduled by the facility?

Apparently, it was my fault for not asking. Asking wouldn’t have changed anything. It just would have prepared me.

So we fumbled (<– sorry, football analogy) through the morning.

The kids had fun.

Who knew that kids could have fun in such circumstances?

It’s not my greatest regret, though. That has to do with far bigger things — missed opportunities with people I love.

BUT — tomorrow is a new day, with no mistakes in it yet. (Anne of Green Gables)

In no particular order:

My children make me happy — especially when they’re together having fun.

Daisies and baby’s breath and buttercups growing by the side of the road make me happy.
Garbage – cups, cans, bottles, bags, etc – thrown out of a car window makes me sad.

The physician patiently listening to my father’s time travel narrative from baseball to Africa to Boston, and asking appropriate questions like there was nothing out of the ordinary in his story makes me happy.
People who ask “How’s your father doing?” and then walk away before I have a chance to answer make me sad.

My father chuckling and outright laughing at Gary Larson’s The Far Side makes me happy.
My father making many mistakes on the crossword puzzle and not recognizing them as mistakes makes me sad.

Wispy clouds in a blue sky make my happy.

A dog with a wagging tail makes me happy. 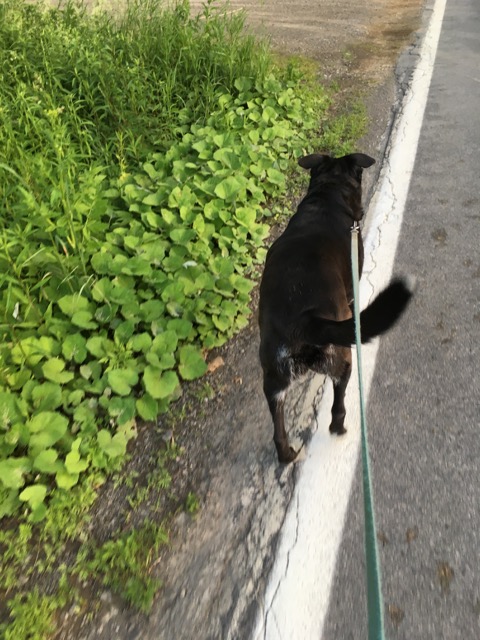 Hearing from friends makes me happy.

Being able to allow my father to stay in his home makes me happy.
Giving up my job at the pool (so that I can be home all the time) makes me sad. 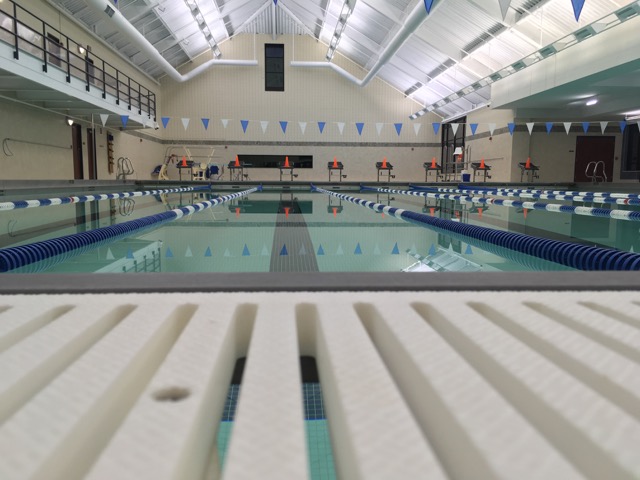 Jeans that fit make me happy.
A hole in the pocket of my favorite jeans makes me sad.

Having friends from other countries and other cultures makes me happy.
Politics void of compassion make me sad.

A doe peeking her head above the grass to watch me as I walk on the road (and then learning that she recently gave birth to fawn) makes me happy.

Posting something on my blog makes me happy.
Too much busyness makes me sad.

To choose my favorite blog is impossible.

Some of my favorite bloggers aren’t writing much at present. I don’t mind that because I know that they are busy living life — one recently adopted a child, another recently graduated from college, and a third recently moved across the pond. Those life events are all so much more important than hammering out blog posts — although they could possibly become fodder for posts in the years ahead.

Writers have to live life in order to write about it.

To answer the prompt, (Your Favorite Blogs) I tried to think about something I had recently read that spoke to me — and I thought of Jonathan Rogers.

Jonathan sends out a weekly letter for writers called The Habit.

To say that it’s my favorite blog would be a misnomer. He hasn’t updated his blog since May. (Tsk, tsk – Jonathan)

Still, if I could recommend one place to get good sound writing advice, it would be from Jonathan Rogers. I look forward to The Habit every week.

Number two would be Tweetspeak Poetry. It’s not really a blog, but they post a poem each day — and everyone needs a little poetry. I read my daily poem with my morning green smoothie.

Both Jonathan Rogers and Tweetspeak Poetry have courses and workshops for more in-depth writing work. Jonathan has a course starting next week — Writing with Flannery O’Connor. He has two spots left, so sign up now.

I’m not a big fan of pictures of myself — but I like this one because it brings back so many memories of a very happy trip.

And this one, taken last month. We taken my father for his weekly dinner at the Doubleday Cafe on Main Street in Cooperstown. After dinner, the kids were going to walk down to the lake to take some pictures. Laurel grabbed me and said, “Hey, Mary! Take a picture of me and Mom.” So she did.

Yes, Laurel is taller than I am.

Short answer: I’m for it.

too much
social
interaction –
recovery

Except not everyone needs to go to college.

Below is one of the first pieces I wrote about my mother’s dementia. At the time, I had no idea that we would only have her for another five or so years.

Today’s prompt is “Where will you be in 5 years.” Please excuse me if I don’t want to go there.

I think Rod Serling, the creator of The Twilight Zone, must have had some experience with a person suffering from Alzheimer’s. Some days, here in Cooperstown, that’s all I can think about – The Twilight Zone.

My mother is trapped in a very strange episode of The Twilight Zone. She is time-travelling from decade to decade, and it’s difficult to figure out where she is. She thinks she is 25 years old, but her face in the mirror tells another story. It must be frightening. She thinks she has a date to go to a dance, but her date never shows up. An old man claiming to be her husband does.

Two days ago she was very worried about me. I was 6 years old and lost. I’m here with her; I’m not lost; I’m 50. Something doesn’t make sense, but she can’t figure out what it is. We move on.

I think it has always been one of my fears that I will be trapped in The Twilight Zone. It was always such a scary show to me, because there would be that twist at the end – like M. Night Shyamalan had in The Sixth Sense. Reality isn’t what we’ve been led to believe that it is. For my mother, the twist doesn’t come at the end; it comes so often that it is dizzying. Another twist and another twist.

I want to cry.

I’ll have some orange marmalade instead.

Years ago, I bought Helen one of those pillowcases. It said, “Eat. Sleep. Swim.”

Thank goodness, she didn’t adhere to it or the world would be less one fine nurse.

Today’s culture is into distilling life into three words to live by. A quick Google search revealed these:

I can see the value in three short words. Those words can be become a mantra. You know, to “Remember. Speak. Repeat.” when the going gets tough.

For myself, three mental health habits which I try to incorporate into each day are

For general healthy living, I would say

Love is the underpinning for all of life. I don’t include it in my three words, not because I don’t believe in it, but because it goes unsaid. Love always.

I think this came from Lancelot Andrewes, and I apply it to love —

In every imagination of my heart:
The words of my lips
The works of my hands
The ways of my feet

Love could be distilled to: Words. Works. Ways.

What are your three words?