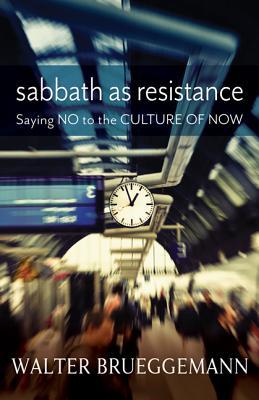 Walter Brueggemann, in his book “Sabbath as Resistance”, referred to the idea of “seven”-ing our lives. “People who keep Sabbath live all seven days differently,” he said.

I decided that 2018 will be my Sabbath year.

Each week, I hope to reclaim the Sabbath by turning off my phone and computer. Imagine 24 hours every week without the tyranny of the urgent!

I mentioned this to my co-early-morning lifeguard this morning and her reply was a little off-putting. She said nothing, as in not a word. I babbled on for a little longer about taking a break from devices. Still nothing — from a usually good conversationalist. Either this is the dumbest idea in my history of dumb ideas, or I struck a nerve, or she just didn’t “get” it, or it was some sort of weird allergic response. Note to self: don’t discuss device abstinence at 5:30 in the morning.

Even the computer games, which I have so often rationalized as a way to relax, will go.

For if we spend too much time in a game, it is no longer recreation, but occupation: we refresh neither our minds nor our bodies, but on the contrary, we depress and weary them.

St. Francis penned that 400 years ago, never imagining this world of handheld devices that entertain. Once a week, those games won’t even be an option for me. I will power down.

Brueggemann spoke also about the Sabbath year — “Every seven years [is] an enactment of the sabbatic principle.” Basically, this means spending the whole year living generously.

In the Biblical Sabbath year, the land lay fallow. (Fallow means “usually cultivated land that is allowed to lie idle during the growing season” Merriam-Webster) I tried to think what I could leave fallow.

And I settled here. This blog. My story.

This blog began as a place to write about my mother and my father, and caregiving, and the struggles of life in a large family. I wrote the story that I know best — my story.

For one year, I’ll set my story aside and (try to) tell other people’s stories.

Sort of like Humans of New York, on a much lesser scale. And not as good. And without photographs.

Of course, I’m in the story because I’m the narrator, but I hope to minimize me. It may be a skill that I’ll hone as the year goes on.

I’m starting with a man named Bruce. I listened to his story on a flight from Nashville to Detroit 7 years ago — and I still think about it.