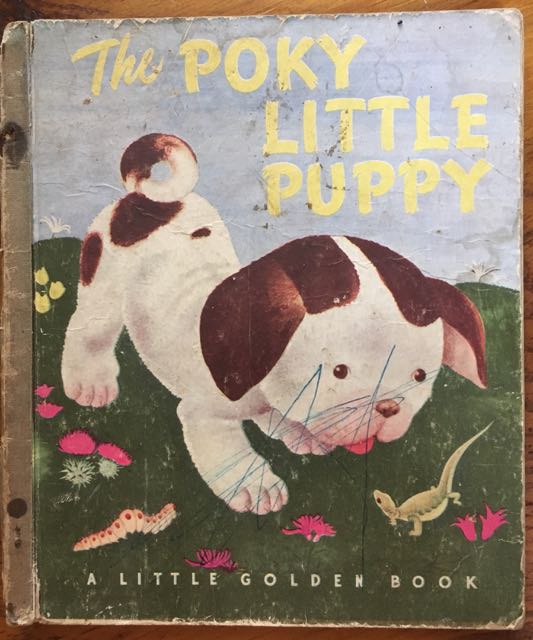 A few summers ago I picked up this scribbled-on, scribbled-in, musty-smelling copy of The Poky Little Puppy at a yard sale. It was in the give-away pile and I felt sorry for it. Since my copy, actually, both of my copies were in Greene and I was in Cooperstown, I felt like it was the right thing to do.

The Poky Little Puppy is like an old friend. I remember asking my mother to read it to me over and over. 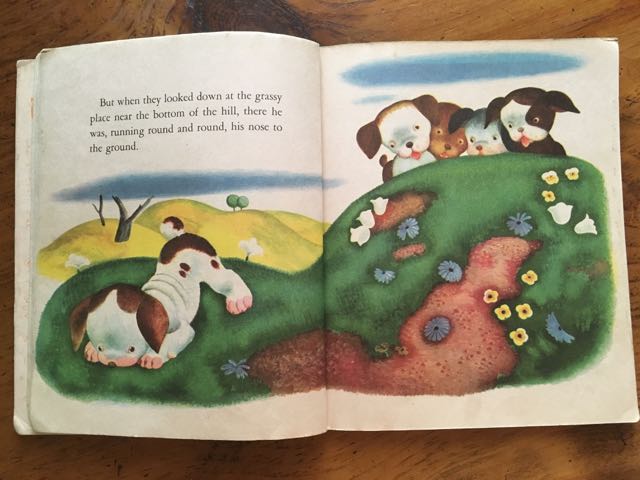 I identified with this independent-minded puppy who followed his own nose instead of the pack.

Of course, it got him into trouble — but this wasn’t like the trouble Sally and her brother could have gotten in in The Cat in the Hat. That book always gave me knots in my stomach. It just seemed like there was something a little malicious about The Cat in the Hat and Thing 1 and Thing 2.

But the Poky Little Puppy was an explorer.

And he eventually paid the price by missing out on strawberry shortcake.

Still, if I were to be made into a storybook character, this would be this one.

Either that, or The Giving Tree, whom I look to as my role model.

← Our Trip to France
The Refrigerator →

7 Comments on “The Poky Little Puppy”