K is for Kamp Kill Kare

The rock is around here somewhere, I just know it.

It was here last week. Bud picked it up and asked me about it.

Scratched on one side of the smooth rounded dark gray rock, the kind that’s flat enough to be perfect for skipping, were the letters “KKK.” On the other side “1945”.

My father spent many summers working there as a counselor.

When he and my mother were dating, and the camp was in need of a nurse, he put her touch with the director and she was hired for the summer.

Here’s a newspaper page about Kamp Kill Kare that my father saved in his scrapbook. 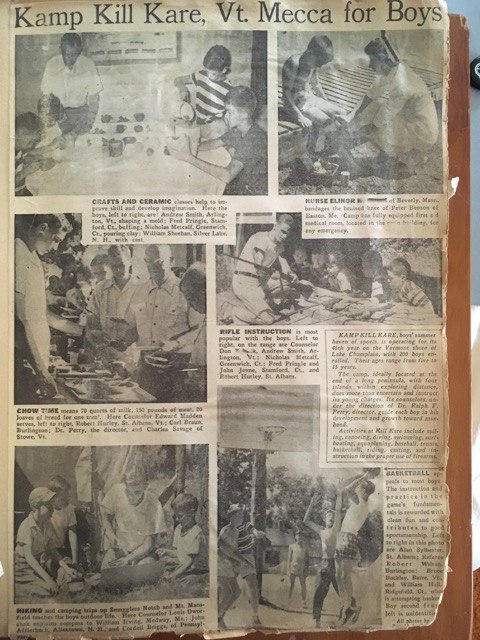 A close up of one picture shows the lovely nurse:

And a close-up of another shows the riflery instructor: 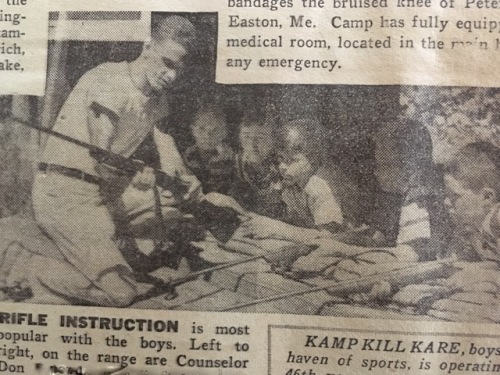 But some of my favorites pieces from the scrapbook are these. A scored rifle target — 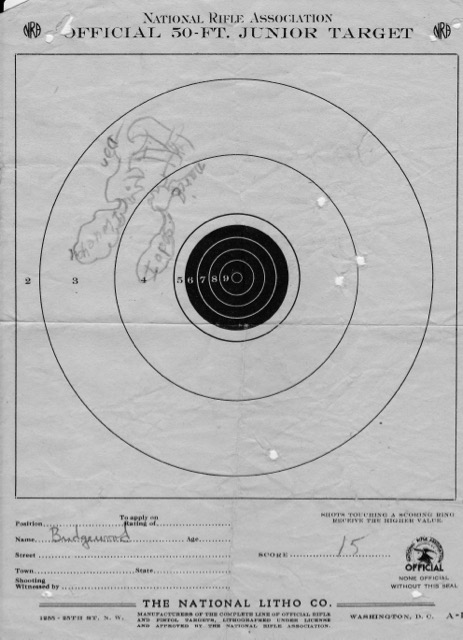 but the back of the target holds the real message.

And then there was this drawing — 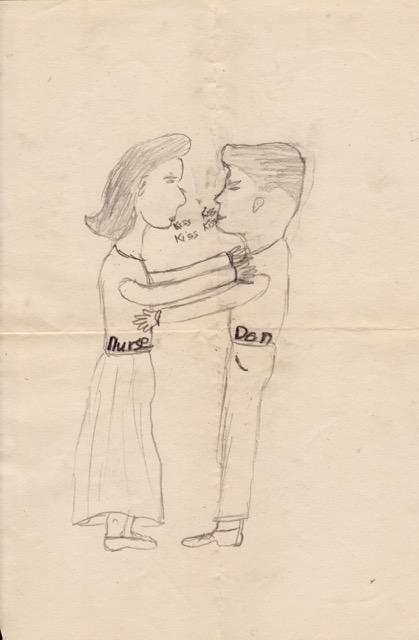 Kamp Kill Kare is now a Vermont State Park. The Main House, shown in the first picture, still stands, and has been renovated.

If it was just a little closer, it might make for a nice day trip in the summer to see what he still remembers.

But it probably isn’t the same without that nurse.

Category: A to Z Blogging Challenge, About My DadTags: atozchallenge, Blogging from A to Z

← J is for Jumble
L is for Library Book Sale →

3 Comments on “K is for Kamp Kill Kare”